Helping Our Clients Achieve the Highest Price since 1997.

Dedicated to providing a professional, efficient and personal service

Cooper Newman Real Estate offers a unique blend of Residential Sales, Project Marketing & Management, with specialist Divisions for Aged Care & Retirement Living. With a strong focus on continuous education and negotiation training, our award winning team applies a system of selling to enable us to guarantee the highest sale price.

What is my property worth

Following a competitive tender, we appointed Susie Tan of Cooper Newman Real Estate to sell our home in Ashwood. We chose this agency because the Jenman method suited our desire not to have open house inspections for masses of people; furthermore, the idea of selling by auction did not appeal to us. We chose Susie because we were impressed by her professional presentation of the Jenman method and her obvious enthusiasm.
We entered into an Exclusive Sale Authority in mid- March and due to effective marketing and Susies efforts we received three offers in excess of our reserve price, and an unconditional contract was entered into by the end of the month.
As we were away from Victoria during the sale process, we very much appreciated how Susie kept us informed of all developments- it was a pleasure dealing with her.

It is my pleasure to recommend Emma Yu from Cooper Newman Real Estate.
Emma knocked on our door one day asking if we were considering selling our house.
We had been planning on downsizing, so I invited Emma in for a chat.
Emma is a good listener and we discussed our plans and how she could help.
She then went away and did research about the recent sales in the area to help establish
a realistic price.
Our house sold very quickly at the price we wanted.
Emma has been a pleasure to deal with. She is honest, reliable and worked very hard on our behalf.
We are very grateful for her assistance and would recommend her if you too are downsizing!
Julie Bell, 20 April 2015

Thank you all very much for the effort you put in to sell my house, and getting such a good price for it.

I appreciate the care you took with me to make it a smooth and worry free time. As I had never sold a property before I was literally in the dark, but I was kept up to date throughout the whole process, with everything explained very carefully to me. And an amazing result at the end. Ms Wendy Busetti, 23 April 2015

Thank you for selling our house so promptly and professionally. Your expertise and friendly approach made us feel at ease throughout the whole process and your enthusiasm and energy was uplifting.
We were approached by many estate agents to list with our property with them but we are very pleased to have chosen you and Cooper Newman Real Estate. We are impressed with your professionalism and communication throughout the whole process and delighted with the marketing campaign, sale process and of course the result.
The experience of selling our home was made all the less stressful with the one-on-one inspections (by appointment only), how we were kept informed of prospective buyer feedback and it was especially beneficial to receive advice on the campaign timing and when to take and close offers.
Thank you for all of your hard work in the sale of our home. Your determination and strive certainly paid off and is greatly appreciated.
We look forward to dealing with you again and would recommend you to family and friends, if any of them need the services of a conscientious and ethical real estate agent.
Julie Van Ryswyk & Frank Van Ryswyk, 23 April 2015

I sold my house a couple of months ago and Susie Tan was my agent. Susie showed absolute professionalism not to mention being knowledgeable. I was very pleased with the sale outcome and I recommend Cooper Newman anytime.
Ms Eng Byrne, 13 June 2015

When we first met Emma we knew straight away that she would be the real estate agent that we would trust with the selling of our house. We were impressed with her level of professionalism, her honesty, friendly nature and her knowledge of our local area.

After we met the rest of the Cooper Newman team during an initial inspection of our home, we knew that we had selected the right estate agent to sell our house.

Selling our house was not something we took lightly. This was the first home we had ever purchased and had resided in it for over 10 years. However Emma made the entire process as painless as it possibly could be. She made herself available pretty much 24 hours a day and no request for information or advice was too difficult.

Emma suggested the silent auction approach to sell our house and whilst it wasn’t a selling method we had considered, we were soon convinced it was the appropriate method.

It is a big ask to put your entire trust in someone you barely know when it comes to selling your biggest asset, but Emma actually made the task of selling our house something we enjoyed from start to finish. She was both honest and realistic regarding the price we could get for our house; and Emma went to work to meet our expectations.

We are very happy to say Emma got us the price we were after via the silent auction method and within a timeline that was barely an inconvenience to our lives. We were very happy with both Emma and the method she used!

A card dropped in our letter box just over two years ago, resulted in us contacting Cooper Newman for an evaluation of our home of about 40 years. This was our introduction to Greg Cooper. Greg explained the “Jenman Model” of selling real estate and we were impressed with what we heard, and we said that if and when we decided to sell, we would contact Greg with a view to Cooper Newman acting as our agents. Time moved on and we started to toy with the idea of downsizing. We made two abortive attempts to buy before selling, and in both cases, Greg advised and supported us.

At the end of April, this year, we saw a property that ticked most of our boxes, and again we contacted Greg. Again, he was most helpful and supportive, and offered to bid on our behalf at the auction. We were the successful bidders and immediately put our home, which we loved, on the market, with Greg acting as our agent. It took only twelve days for our property to sell, at a price that was above what we had been expecting. At all times we were kept informed, and all our concerns were promptly addressed. We found Greg to be a real pleasure to deal with and all the staff that we had contact with, were friendly and helpful.

We found the “Jenman Model”, as practised by Cooper Newman, to be a terrific method of selling our home, making it as stress free as possible. There were no “open for inspections”, no public auction, no expensive advertising in the “glossies”, no expensive hired furniture and the only people who came through were potential serious buyers. We have no hesitation in highly recommending this model in general, and Cooper Newman as practitioners in particular. It is the way to go. Many thanks to Greg and all the staff involved.

We are very appreciative of the efforts of Fabien, Emma and the rest of the team in the sale of our Burwood home.

The advice Fabien gave in relation to the presentation of our home was valuable, and he gave us prompt feedback after each inspection. We were very happy with the price achieved, and attribute this to the silent auction process. Fabien’s efforts in lining up the settlement date with the settlement date on a property we are purchasing was also appreciated.

We’d be happy to recommend Cooper Newman to other home owners in the area.

We found Emma Yu to be a delight to deal with. She was always available to assist us with her honest and meaningful advice. Her support was invaluable as she kept us up to date with the whole campaign process. It was her exceptional professionalism, empathy and devotion that swayed us to go ahead with her company Cooper Newman and thus we couldn’t be happier with the end result.
It was refreshing to deal with someone who genuinely understood the vendor and the whole process was done respectfully, smoothly and stress free. Because of her thorough industry knowledge, she used her experience to capture the right audience and therefore was able to find the right buyer quickly and over exceeded our expectations to total satisfaction.
We thank you very much and highly recommend Emma Yu from Cooper Newman to anyone who is interested in selling their home.
Paul & Stephanie Christakakis, 28 July 2015

We would like to say how appreciative we are of Susie Tan’s exceptional effort in selling our Surrey Hills home in a matter of two short weeks.

Your thorough research and infectious enthusiasm at our first meeting convinced us to entrust you with the sale of our home.

The excellent result you achieved in such a short period of time is a testament to your hard work and we have no hesitation in recommending your services to others.
Ian and Fay, 23 September 2015

When I first met Emma it was on the doorstep of my home. At the time I was quite reluctant to sell as I thought it would be a chaotic and stressful process.

Emma made me feel at ease, she was friendly and professional. She had a great knowledge of the area and of the property market.

Once I had decided to sell, Emma made the whole process a breeze. She only took buyers through who were serious and she kept me up to date with the entire process.

I was extremely happy with the result she achieved for me. The process was fast and easy, and a lot less stressful than an auction would have been.

I would be more than happy to recommend Emma Yu and the team at Cooper Newman to other home owners in the area.

Thanks Susie. I appreciate all your hard work and help. To date you have been the best agent we have had the pleasure of dealing with!
Angela, 20 October 2015

What’s my property worth?

Cooper Newman Real Estate is a one stop shop for all thing properties. 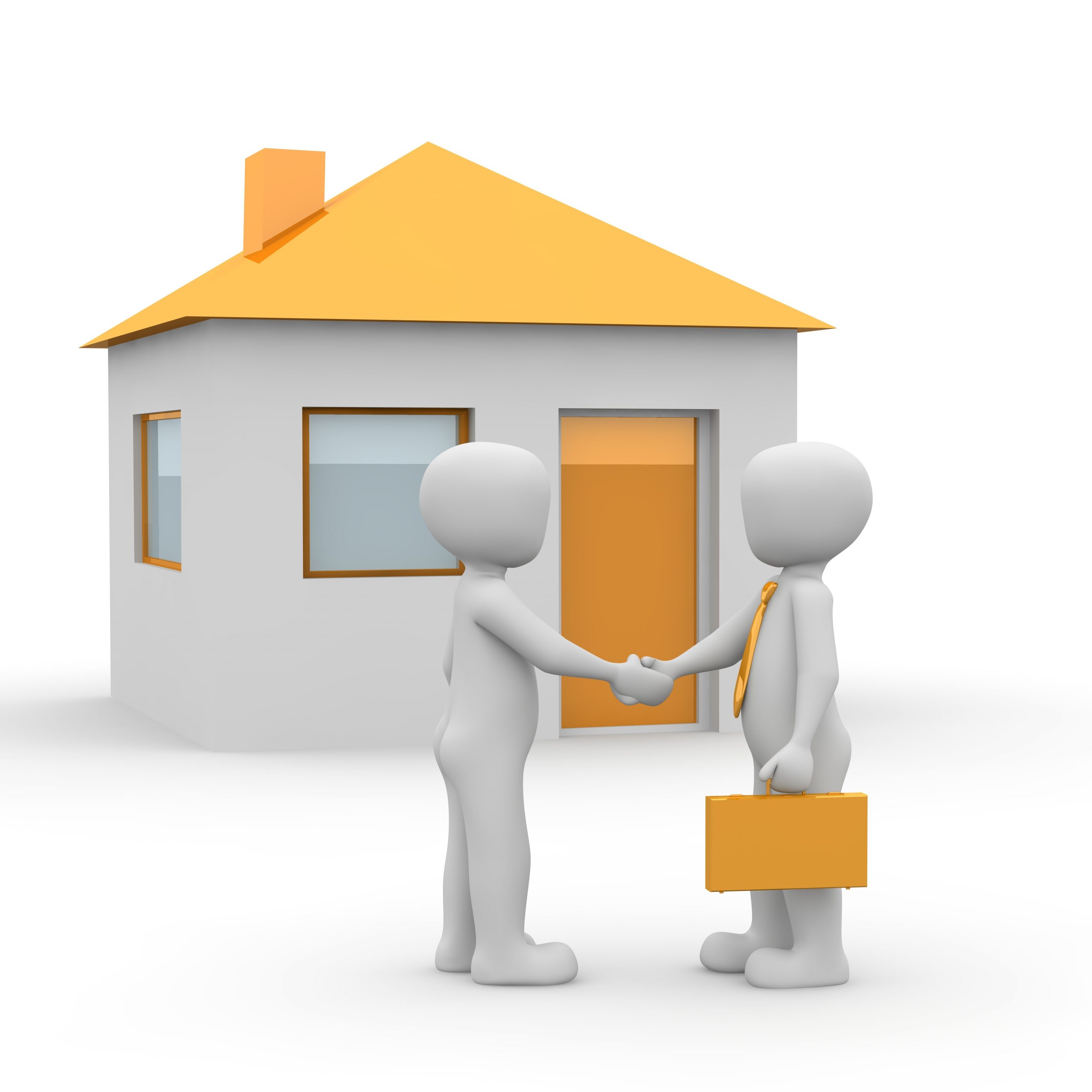 The Victorian real estate sector has been granted some relief from the lock down restrictions after a prolonged period of discussion with government. It is critical that all real estate agents ensure that everyone abides by these rules so the sector can continue to... 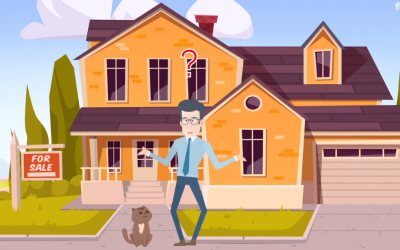 A High Price or the Highest Price?

https://www.youtube.com/watch?v=_b-yFp5xy2M Most properties are currently selling for high prices. Record prices even. But there's a difference between a high price and the highest price achievable. And most of the time, sellers leave money on the table. It's not even... 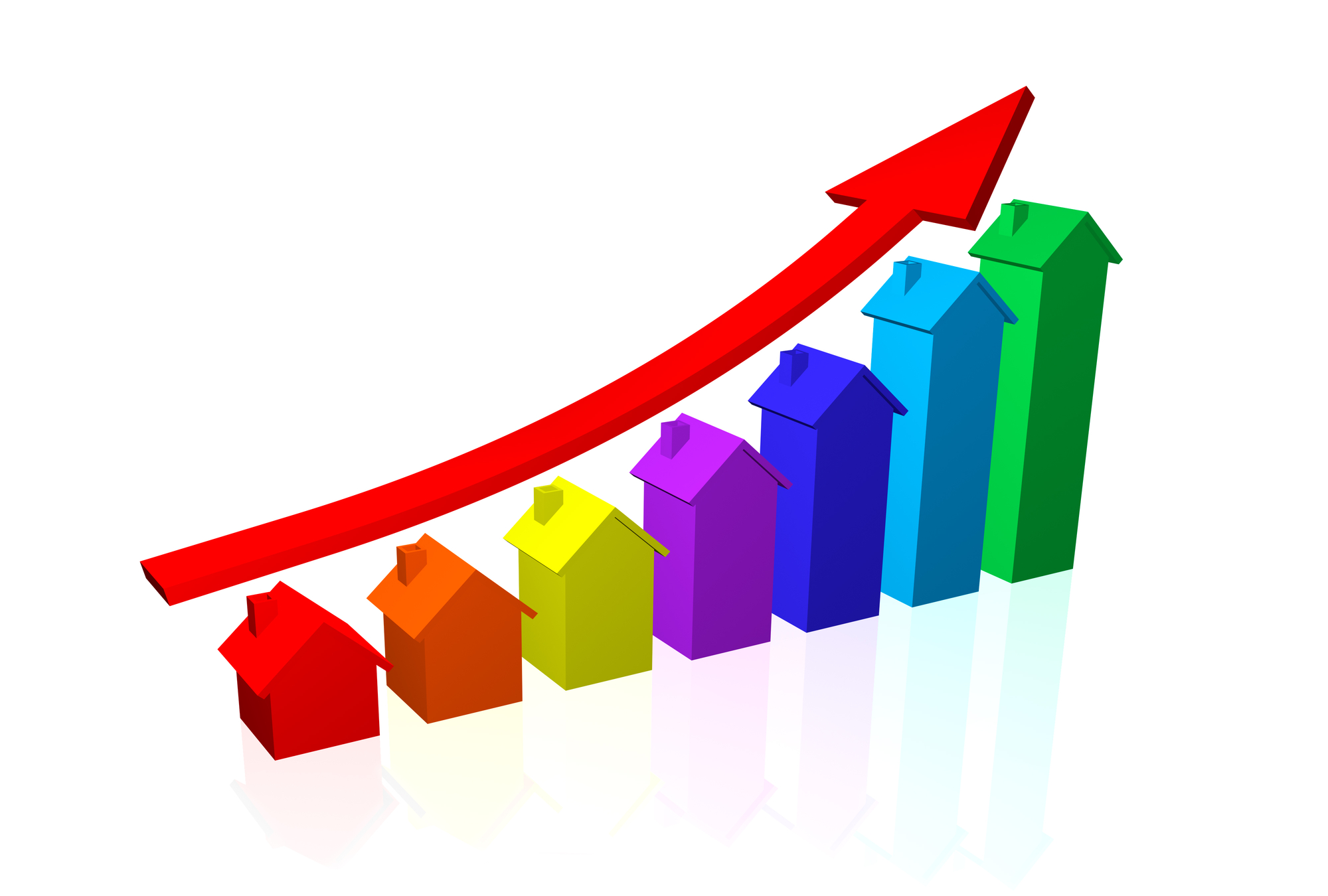 Why Melbourne Rents Will Go Up

Rents have been largely in the doldrums over the last 18 months. At least anywhere that attracts any demand from tertiary students and the CBD have anyway. And the negative influence on prices isn’t about to suddenly disappear, with our borders likely to stay closed... 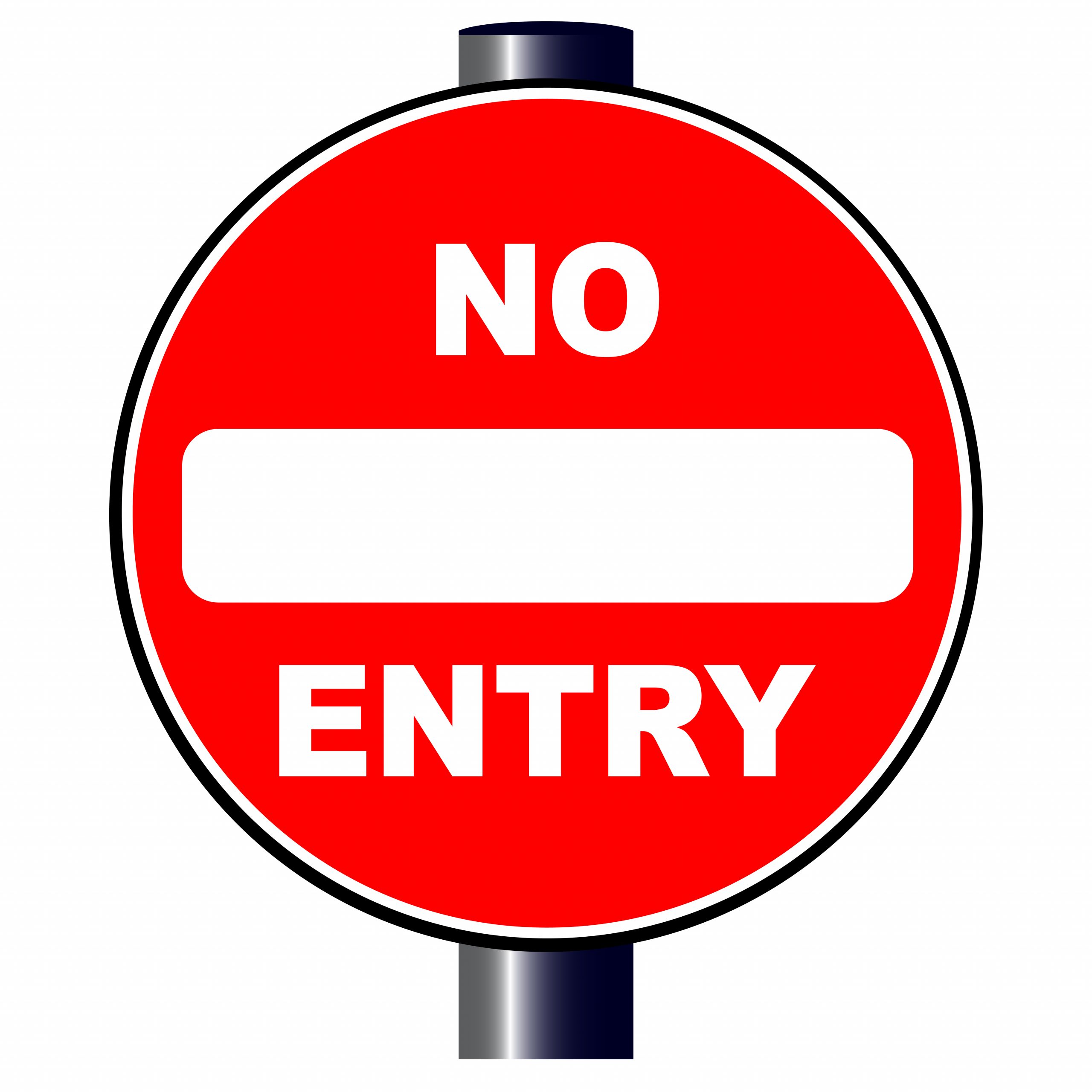 Time Running Out after Lockdown Freeze

On 1st July, the temporary Stamp Duty waiver of 25%* will disappear forever. This was one of a number of incentives the Victorian Government introduced to revive the property market following the extended lockdown for 3 months till November last year. Needless to say,...